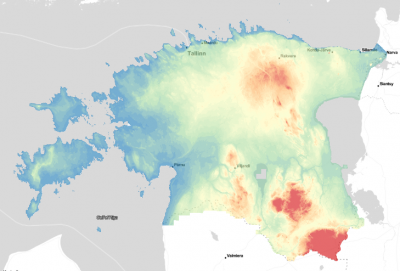 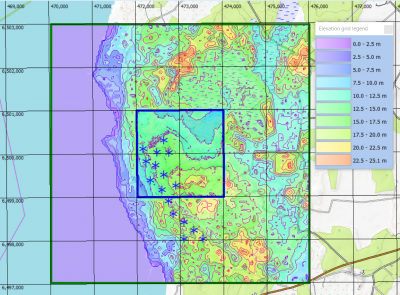 The Estonian elevation models in 5m and 25m grid resolutions are digital terrain models produced by the Republic of Estonia Land Board. Spatial coverage is for the whole of Estonia. The models are created from LIDAR surveys – where 1/4 of Estonian territory is laser-scanned every year. The data available in windPRO were procured during May 2019.

The data are available directly from within windPRO in 5 or 25-meter resolution. The data can be accessed from the online-services in the following objects:

The product belongs to the open data of the Estonian Land Board. The data have been licensed under a ‘License of open data by Estonian Land Board’ – dated 2018.07.01 – or at this PDF. Please accept the license conditions and use a proper attribution when using this dataset, such as: