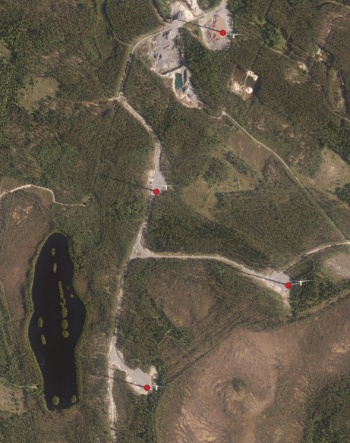 From 2019, windPRO contains a database of more than 500 existing wind turbines in Finland. WindPRO integration by EMD is based on two sources: Positions of all wind-turbines come from a database with basic geodata produced by the National Land Survey of Finland. The positions were supplemented with metadata on wind farm project information and turbine manufacturer. These data are from the Finnish Wind Power Association (Suomen Tuulivoimayhdistys) and Ethawind.

Availability From within windPRO

The wind farm data in this dataset is not detailed enough to allow a mapping to the windPRO WTG catalogue. As such the imported WTG-object will be created at the correct position with the following description of the object:

Please use the following attribution when using this dataset:
Derived from geospatial data from the National Land Survey of Finland - Databases 01/2019. Wind farm metadata from Finnish wind power association and Ethawind. Data-processing and distribution by EMD and windPRO.