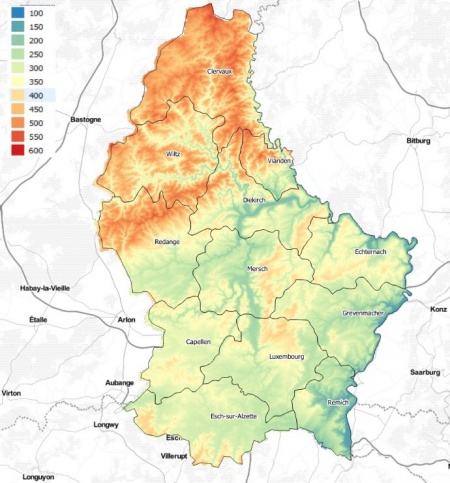 Coverage of the Luxembourgish Elevation Model 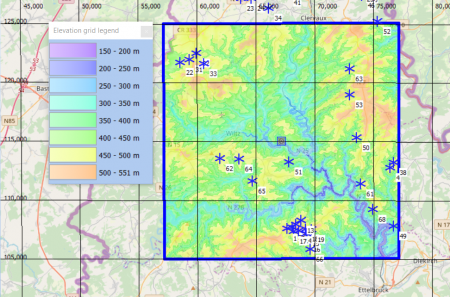 The Luxembourgish elevation model in 5m grid resolution is a digital terrain model produced by the Luxembourgish government through its ‘Administration du cadastre et de la topographie’. The model is named BD-L-MNT5. Spatial coverage is for the national territory of Grand Duchy of Luxembourg. The data available in windPRO was accessed during early 2019.

The data are available directly from within windPRO in 5-meter resolution. The data can be accessed from the online-services in the following objects:

The product belongs to the open data of the Grand Duchy of Luxembourg through its administration of cadastre and topography (l'administration du cadastre et de la topographie, ACT). The data have been released through the Creative Commons Zero (CC0) license. While the CC0 license does not require attribution, EMD recommends to use one – such as the following: