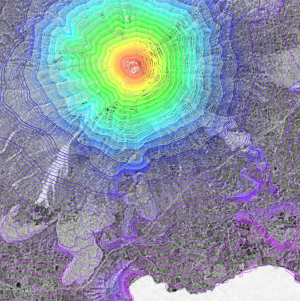 The digital elevation models in WindPRO are based on many different national and global sources. Currently, the best (highest quality) globally-available DEM source is the CopernicusDEM 30m resolution data - this model was released in 2021. Before 2021, the default choice for a global elevation model was the Shuttle Radar Topography Mission (SRTM) data - in its 1-arc-second resolution. More countries are releasing national data under open-data licenses. Typically these have a much better resolution than CopernicusDEM or SRTM - and it is often recommended to use local sources for DEM modelling - if such higher-quality are available for a particular site.