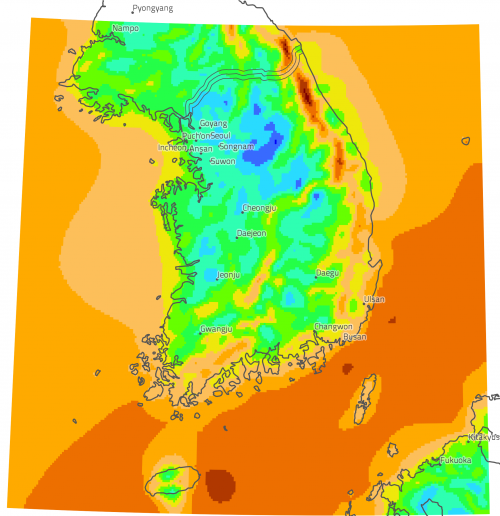 When downloading the most recent data, please note that the last day of the last month will be missing until the next month is added. This is because, in order to compute a full day of data, the 24:00h (or 0:00 of following day) time stamp is required, but the last time stamp of a month in ERA interim data is 18:00 h.

To access the EMD-WRF South Korea mesoscale data the following licenses/modules are required in your WindPRO setup: