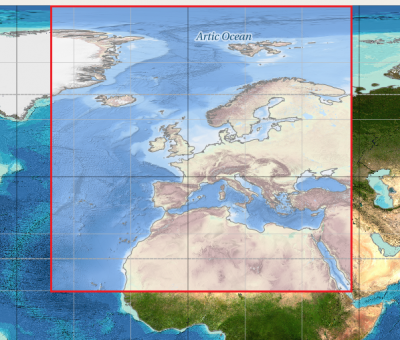 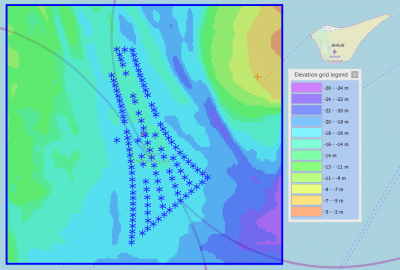 For windPRO users working with offshore wind farm development, the "EMODnet Digital Bathymetry (DTM)" is a multilayer bathymetric product for Europe’s sea basins containing water depths. The DTM is based upon more than 7700 bathymetric survey data sets and Composite DTMs that have been gathered from 27 data providers from 18 European countries. The DTM has a grid resolution of 1/8 * 1/8 arc minutes (roughly 230 * 230 meters).

Please use the following attribution when using this dataset - and also consider and accept the disclaimer from EMODnet.

The European Marine Observation and Data Network (EMODnet) is thanked for producing this digital elevation dataset – and disseminating it in the public domain and thus for aiding the development of renewable energy.