From Wiki-WindPRO
(Redirected from EmdConWx (DE))
Jump to: navigation, search 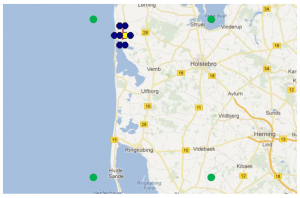 WindPRO 2.9 introduced a high-resolution meso-scale data set covering Europe. The data is modeled and computed in-house, and was originally developed in a collaboration between EMD and ConWx (http://www.conwx.com). ConWx are experts in meso-scale modelling.

The meso-scale model is run at a high spatial resolution of 0.03°x0.03°, approximately 3x3 km, and with hourly temporal resolution. ERA Interim data from ECMWF (http://www.ecmwf.int) is the global boundary data. The timespan of the data is at least 15 years back from today, extended to cover a minimum of 20 years during 2013. Data access is via WindPRO’s user friendly interface to on-line data and requires payment of an annual subscription fee.

Usage Note: The EMD-ConWx dataset is discontinued at the end of 2019

2019-08-26: The last month with ERA-Interim data was august 2019 as ECMWF has discontinued this dataset and replaced it with the ERA5 Data. EMD has ceased to update the EMD-ConWx data as the source data is not avaialble anymore. The EMD-WRF Europe+ (ERA5) dataset is already available as the natural, higher-quality successor for the EMD-ConWx dataset. Find more information here.

To access the EMD-ConWx meso-scale data the following licenses/modules are required in your WindPRO setup:

When the license fee is paid, you then have access to the full dataset without further cost. The price is available from the price-list on the EMD-homepage. Downloading of data is unrestricted for licenced users, however, a "fair use" policy applies. Unlicenced users may download three months of data from any point, however, multiple downloads are not allowed from the same point. Note: Access to the EMD-ConWx Meso Data Europe dataset requires a licence to its successor dataset, the EMD-WRF Europe+ dataset.

The model domain for the EMD-ConWx model is shown in the figure below. Our new dataset covers Europe including larger parts of Turkey and Ukraine but excluding the northern extremes of Scandinavia. 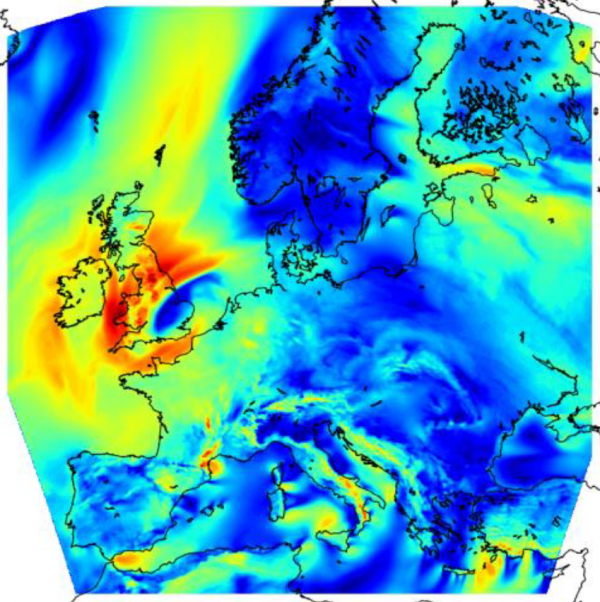 Illustration of the data coverage of the EMD-ConWx Meso Scale Data. Colors illustrate a snapshot of wind speed variations across Europe for one of the modeled hourly intervals.

The model-setup has been validated through various internal investigations on masts around Europe. Direct comparison against a tall Danish mast at Høvsøre is found on the second page of the EMD-ConWx Meso datasheet available.

EMD and some users have found that the absolute levels of the wind speeds may be 10%-15% off at some Central European locations. However, note that this dataset was not designed to replace a mast but rather intended for long-term corrections of local masts. For this purpose, we have excellent experience with the use of the data – the absolute level does not need to be correct, as long as it is consistent.

For the absolute levels to be more accurate and potentially useful for direct micro-siting analysis, the need to incorporate a down-scaling procedure and further utilization of a micro-scale model with associated micro-scale topography is currently being investigated (2013).

In addition, the EMD-WRF modelling setup has been evaluated in a number of external benchmarks.
We have a separate EMD-WRF Benchmark Wiki-Page that holds links to those investigations.