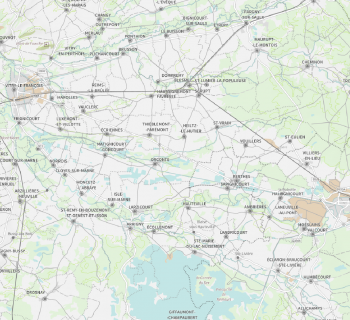 The French Raster Map is a part of the dynamic, zoomable maps in windPRO. The raster maps were released by the Institut National de l’Information Geographique et Forestiére (IGN) as a part of their France Raster dataset. The dynamic map service in windPRO holds this map in scales of 1:100000, 1: 250000, 1:500000 and 1:1000000. Coverage is the European part of France (Metropolian France).

This map is created based on sources that belongs to the open data of the IGN of France. Open data by IGN is licensed under the French License Ouverte / Open License – a license used for open data from the State of France. The license is designed to be compatible to be compatible with Creative Commons Licenses, Open Government License (UK) and the Open Data Commons Attribution License read pdf here. It is required that the source of information is mentioned when using these data, so please use the following attribution when using this dataset in reports or publications: