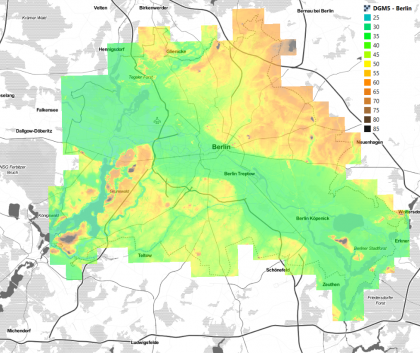 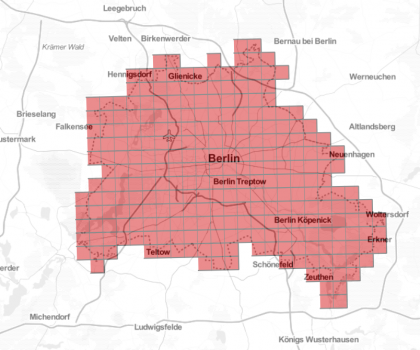 Coverage of the DTM (DGM) for Berlin. 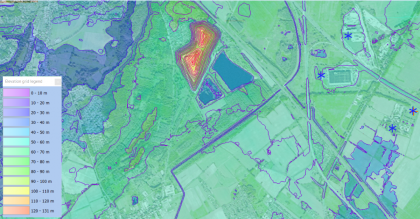 The windPRO elevation model for Berlin is a digital terrain model (DTM) produced from open geodata. The original data were produced and delivered by the Senatsverwaltung für Stadtentwicklung und Wohnen. The elevation model delivered with windPRO is at 5m resolution while original model data is available at a maximum resolution of 1m. The DTM model in windPRO version is resampled by EMD to obtain a slightly coarser resolution - 5m. This is done in order for the data to be operational for the larger domains needed in the context of wind farm analysis’ and wind flow modelling. The 5m data made available by EMD represents the data status of December 2019.

The data are available directly from within windPRO in 5-meter grid resolution. Please note that for the 5-meter grid - the downloaded area is limited to 20 km x 20 km to keep the files at a usable size. The data within the elevation object may be extended with coarser data if a bigger area is needed. The data can be accessed from the online-services in the following objects:

The data is based on open geo-data of Berlin, licensed under the "Data license Germany – attribution – version 2.0" (Datenlizenz Deutschland - Namensnennung - Version 2.0 - dl-de/by-2-0). When using the dataset, the user must ensure that the source note contains the following information - and to ackknowledge EMD, windPRO and its data providers: