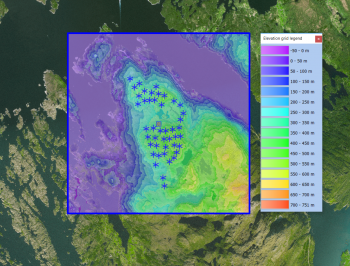 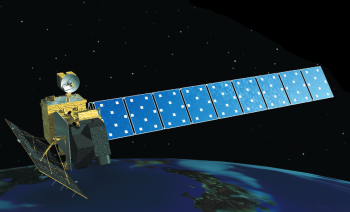 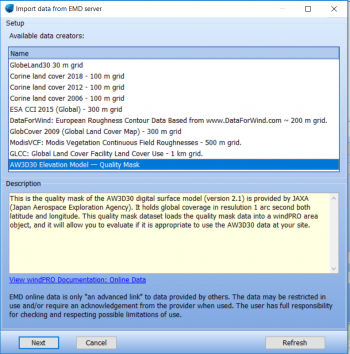 Acknowledgement: JAXA is acknowledged for the development and release of this free dataset - and thus for aiding the development of renewable energy and wind energy in particular.
Copyright: The Alos World 3D 30m data is provided by JAXA which also holds copyright of the data.
License: When using the AW3D30 data, you are bound by the JAXA licensing conditions, which makes the dataset available and ready-to-use with no charge under the following conditions: