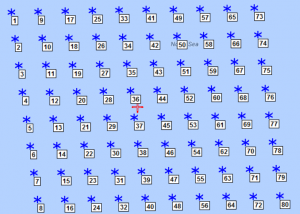 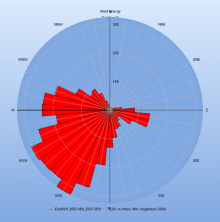 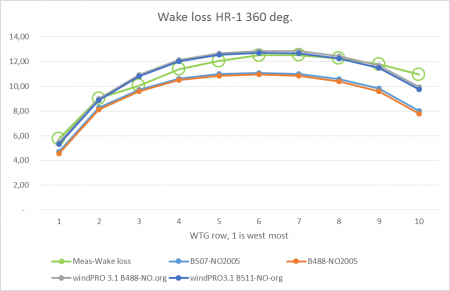 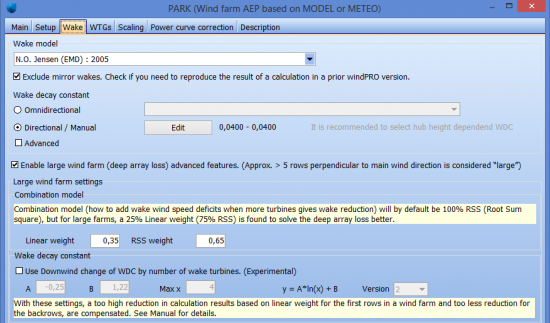 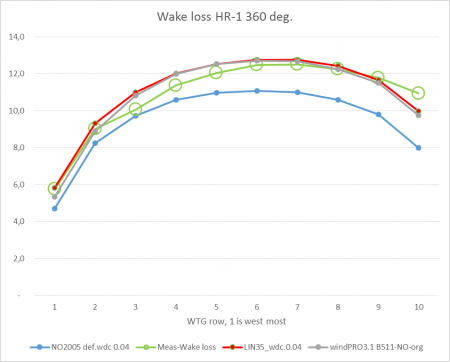 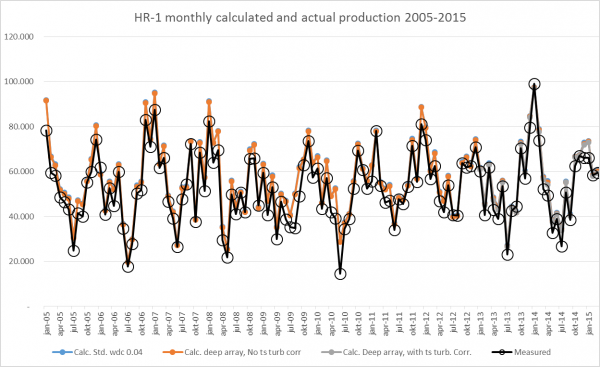 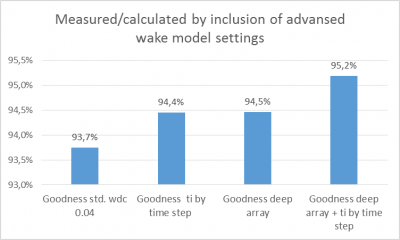 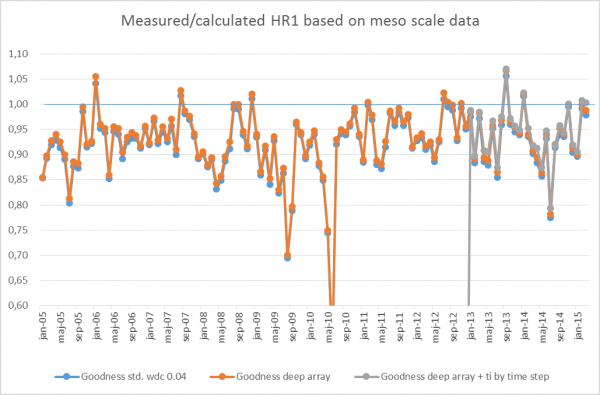 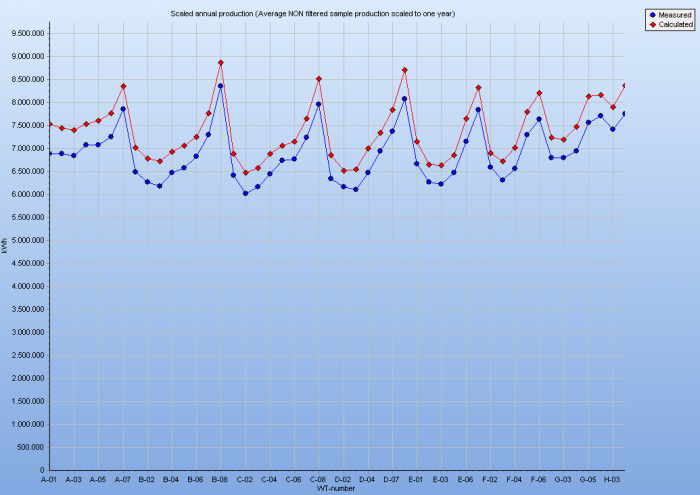 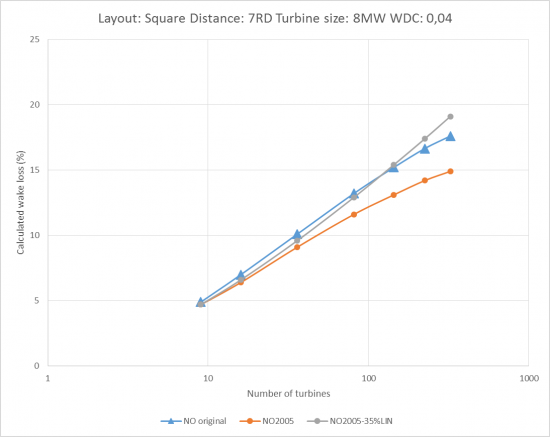 Test of reduced WDC by upwind turbines on Horns Rev-1 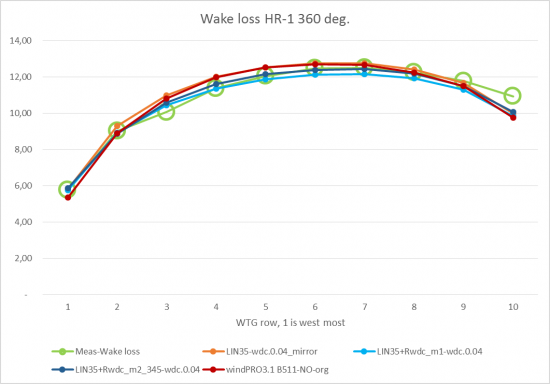 The presented graph shows the variation in calculated wake loss by row for several methods.

Although the deviations between all methods are small, it can be seen that the results from the time varying calculation with NO 2005 method and WDC reduction gets closer to the observations than the rest of the methods. Zooming in, a clearer picture is seen: 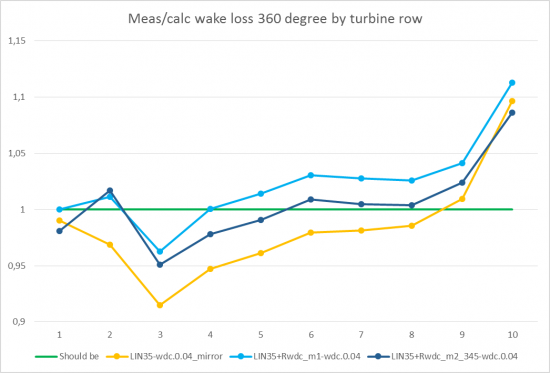 Part of the reason for the lack of full match can be explained by the data. But the trend is clear, the reduced WDC by upwind turbines straighten out the lines by calculating less wake loss in the “inner rows” while the outmost rows are calculated roughly as without WDC reduction. If the wind farm were larger, the reduced WDC would result in higher calculated wake losses compared to not using reduced WDC. 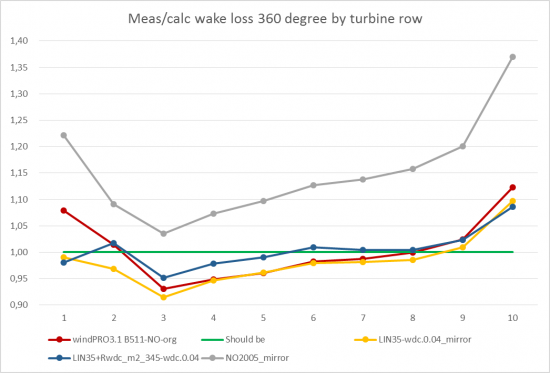 Image: Comparison to the Original N.O.Jensen model and NO2005

Compared to original N.O.Jensen model it is seen that the NO2005 with 35% Linear weight’ calculates slightly higher wake losses (lower Meas/calc wake loss ratio). Compensating with reduced WDC, slightly lower at the rows which get too high loss calculation by org. NO model. But the most important NO2005 modification is the 35% Linear weight in the combination model. Without this, the NO2005 (grey line), calculates round 15% too low wake loss, which in this example mean about 1.5% too high AEP. 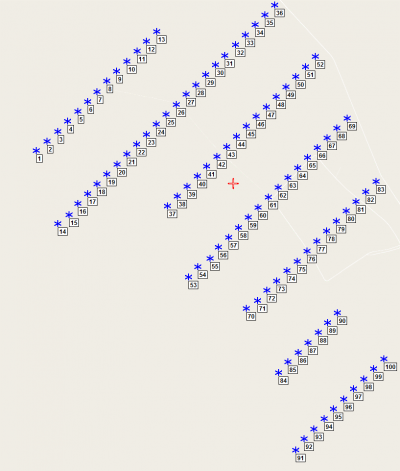 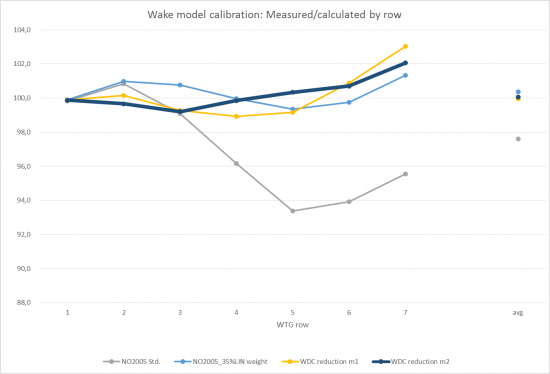 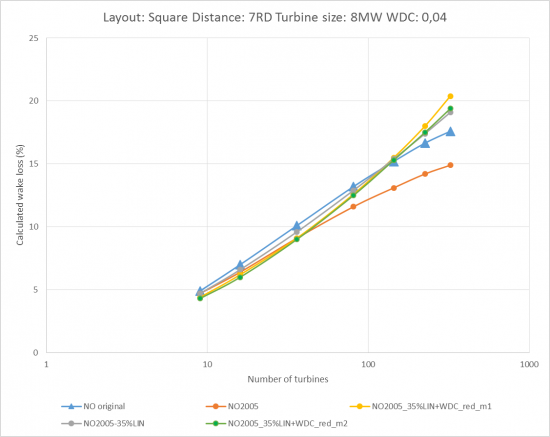