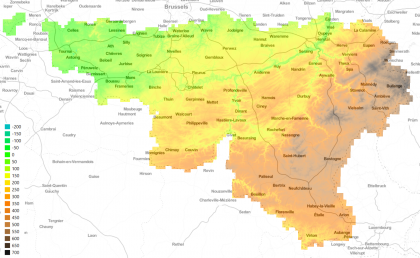 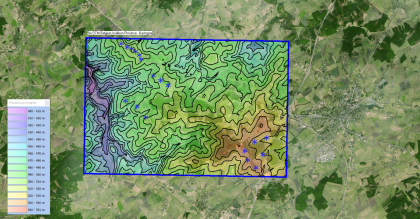 The Belgium-Walloon 5m and 25m elevation models (Relief de la Wallonie, Modèle Numérique de Terrain (MNT) 2013-2014) are digital terrain models (DTM) produced by EMD from 1m gridded data released by the "Service public de Wallonie (SPW)". The elevation data with windPRO is in either 5m x 5m grid or a 25m x 25m grid - and have a spatial coverage for the whole of the Walloon region. The DTM models were produced from LiDAR surveys performed in years 2013-2014 with 0.78-0.96 scanning points per square meter. The 5m and 25m datasets made available by EMD represents the data status of February 2020.

The product belongs to the open data of the Walloon Region, with the data being licensed under a regional open data license. The licence provides the open data with "no limitations to public access" on condition that the "Service public de Wallonie (SPW)" are credited as the origin of the data. As such, when using the dataset, the user must ensure to credit the source of data - and to include a note that contains the following information with acknowledgements to EMD, windPRO and its data providers:

Further information on the conditions to access and use the data are described in the following documents (in French language):