From Wiki-WindPRO
(Redirected from MERRA2 Data)
Jump to: navigation, search 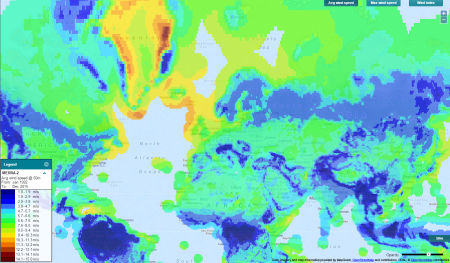 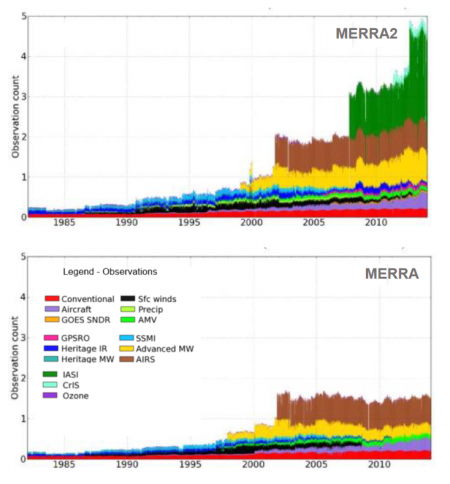 Observations assimilated in MERRA2 (top) and MERRA (bottom) datasets for the period 01.1980 until 12.2014. Units are millions per 6 hours. From Bosilovich et al.

At EMD, we have done a comprehensive evaluation of the performance of the MERRA2 dataset for wind-energy applications. Please consult the paper by Thøgersen et al, "Is MERRA2 Able to Replace MERRA as a Trusted Reference Wind Dataset?". The paper is available from the windPRO knowledgebase, here.

MERRA-2 data is commonly available within windPRO with a time-lag of 1-2 months. This is due to the processing time of the data at NASA and the subset-processing at EMD. When the data have been processed at EMD, then the following parameters are available from within the online-data services within windPRO. Please note that the displacement height is the height at which the log wind profile projects the wind to be zero.

Credits: The Global Modeling and Assimilation Office (GMAO) for the MERRA-analysis and the GES DISC for the dissemination of MERRA.